We need to talk about the California condor.

Today during “Name the year,” one of Jon’s clues was that all wild California condors were rounded up for a breeding program in 1987. Okay, but the story is so much cooler than that. 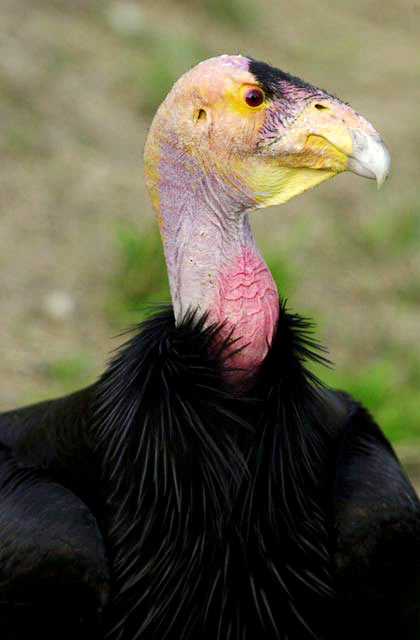 First of all, they’re one big-ass bird. Their wingspan can stretch almost 9 ft. and they can weigh 20 lbs. with HOLLOW BONES. They’re the largest land-bird in North America.
Secondly, it can basically live forever. One of the longest-living birds, they can reach 60-years old.
Third, they’ll go a long way for a decent meal. They’ll fly over 160 miles to find a meal of carrion (dead animals).
But most importantly, they were brought back from extinction!

AND IT WORKED! Just 4 years later they were able to start re-introducing the birds to the wild. As of December 2016, there are 446 living in the wild and captivity. They’ve been re-introduced to California, Arizona, and, yes, SOUTHERN UTAH! These big, weird birds are Utahans.

Okay, but here’s my favorite part. According to the California condor Wikipedia page:

“[the breeding program] got off to a slow start due to the condor’s mating habits. However, utilizing the bird’s ability to double clutch, biologists began removing the first egg from the nest and raising it with puppets, allowing the parents to lay another egg.”

Yes. That is correct. They have complicated reproduction habits. They don’t mate until around age 6 and the female only lays one egg at a time (and only lays one every other year). But one thing that works in their favor is that they can double clutch. So scientists would steal the first egg, prompting the female bird to lay another, then raise the first baby with a puppet…

And I’m warning you right now, guys. These puppets are absolutely terrifying.

Checkout their full story below: